Section 1:Sorting it All Out:Vocabulary

In this section it discussed mostly all about classification. It talked about how scientists classify organisms, classification today,levels of classification, scientific names, two-part names, and .dichotomous keys. Scientist classify organisms use taxonomy which was founded by a Swedish scientist, Carolus Linnaeus. Taxonomy is the science describing, classifying, and naming living things.Taxonomists use an eight-level system to classify living things based on shared characteristics. The eight levels of classification are domain, kingdom, phylum, class, order, family, genus, and species. The two-part names are used for the genus and specific. Lastly it taled about a dichotomous key and how it helps scientist identify organisms. 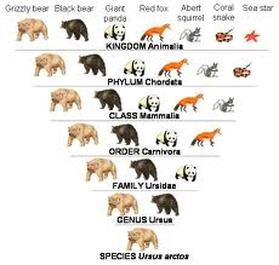 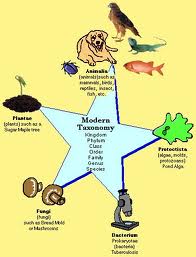 This is a picture of classification on Animalia, Plantaea, and Fungi.